1-Deoxynojirimycin, hereinafter referred to as DNJ, is a powerful α-glucosidase inhibitors.After being absorbed by human body,it could inhibit the activity of invertase,maltose enzyme, α-glucosidase and α-amylase enzyme, reduce absorption of carbohydrate digestion and glucose, reduce blood sugar,and its hypoglycemic activity is better than sulfonylureas,and its side effects,such as hypoglycemia, is much more less than other hypoglycemic drugs, it also has a good safety; besides, this product has little influence on the normal eating. In addition, DNJ also has significant antiretroviral activity, it could inhibit tumor metastasis and be used as a carrier for the synthesis of high pure maltose. 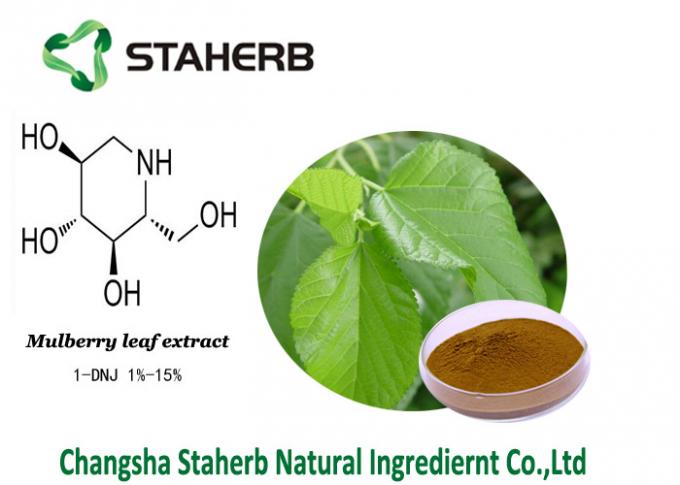