Yacon Extract Powder is considered a prebiotic. The powder alone is slightly sweet and often used as a sugar substitute.

A valuable health food and alternative sweetener, yacon’s greatest attribute is its naturally high content of inulin, a complex sugar that breaks down slowly into fructooligosaccharides (FOS). The high levels of FOS is a quality that is beneficial for two reasons. First, although yacon tastes sweet, the sugar of inulin is not digestible and simply passes through the body. Therefore yacon only contains about half the calories of an average sugar source. Secondly, FOS promotes the production of healthy probiotics within the body, which can contribute to better digestion and colon health.

Our yacon powder is lightly textured and has a delicate, sweet flavor. Use it to sweeten anything from smoothies to raw cookies and energy bars. It can stand in as a like-for-like sugar substitute by volume, however it is less sweet than sugar (or its sister, yacon syrup).

Yacon has been enjoyed by South Americans for several centuries, originating in the Andes. It is related to the Jerusalem artichoke and sunflower

Food Industry: for the manufacture of jams, honeys, functional foods, medical foods, etc. and to sell in supermarkets chains and health food stores 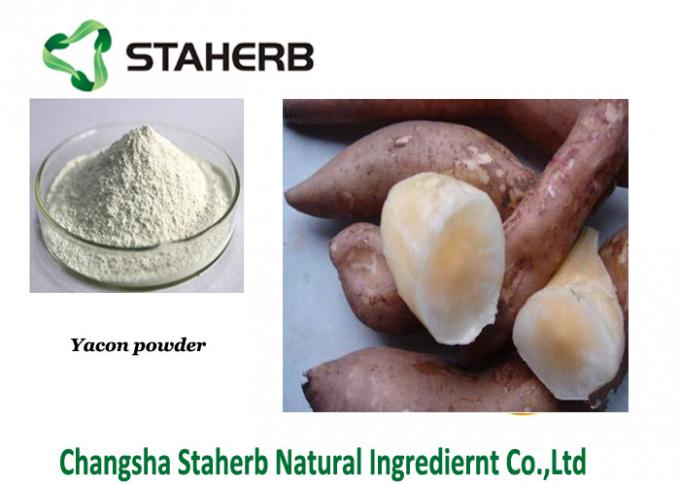