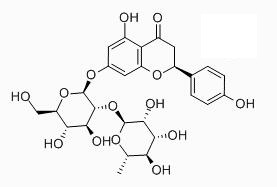 Hesperidin is also referred to by names like bioflavonoid, citrus bioflavonoid, and hesperin methyl-chalcone. Hesperidin alone, or in combination with other citrus bioflavonoids (diosmin, for example), is most often used for blood vessel conditions such as hemorrhoids, varicose veins, and poor circulation (venous stasis). It is also used to treat lymphedema, a condition involving fluid retention that can be a complication of breastcancer surgery.Internal hemorrhoids, when used in combination with diosmin.

More evidence is needed to rate the effectiveness of hesperidin for these uses.

Hesperidin is POSSIBLY SAFE for most people when used for less than six months. The safety of using it for a longer period of time is unknown. Side effects include stomach pain and upset, diarrhea, and headache.

HESPERIDIN Dosing for your reference

The following doses have been studied in scientific research: BY MOUTH:

For preventing the return of hemorrhoids inside the anus: 50 mg of hesperidin plus 450 mg of diosmin twice daily for 3 months.

For the treatment of leg ulcers caused by poor blood circulation (venous stasis ulcers): a combination of 100 mg of hesperidin and 900 mg of diosmin daily for up to 2 months.